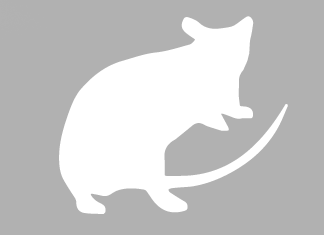 byNational Pouched Rat Society
Print
You are here:
< Back

We get asked a lot of questions about what a Pouched Rat is like a pet?

While every pouched rat is different and no two are alike. There are some things that any would be owners should bear in mind before walking down that long road the Pouchie ownership.

Can a Pouched Rat live alone or should it live in a pair?
Pouchies do quite well as single animals. In the wild they tend to live on their own coming together to mate. Most owners do keep a single pouched rat, two males will tend to fight as will two females. This may be different if the two pouched rats are litter mates and have lived together since birth. A female and male may tollerate each other but remember. The male would have to be neutred to ensure no unwanted litters occured.

What are they like as pets? their personality etc?
Regarding how they can be. It’s really hard to predict.
As we said, no two pouchies are the same. However going to a good breeder is the first step. A breeder that doesn’t take them from mum too early and who has handled them from birth is important.

They bond to one person. Males tend to bond to women while females tend to be harder to bond and they can be a little more aloof.

Once they bond. They find it really hard to be separated and when a change of routine occurs.

Who will take care of my Pouched Rats when i go on Holiday?
Holidays are an awakward one. If you have a pouchie who is more aloof, more independent then a weeks holiday will be less of an issue.

If you have a strong bond with your Pouched Rat, this can cause problems when your routine changes. Such as when you go on holiday. They will pine for you and really struggle.

The key to making this process as stress free for both the human and the Pouched Rat is having a good, pouched rat friendly contact, ideally another owner who is experienced, who has met your Pouched Rat. Being with someone for a week that they know, a house they know etc can take the strain off. In our experience this is what makes the difference. Leaving them along with a friend coming in and feeding them could leave you with being given the cold sholder by your Pouched Rat for a couple of weeks after.

What do they eat?
We have a video on just this subject